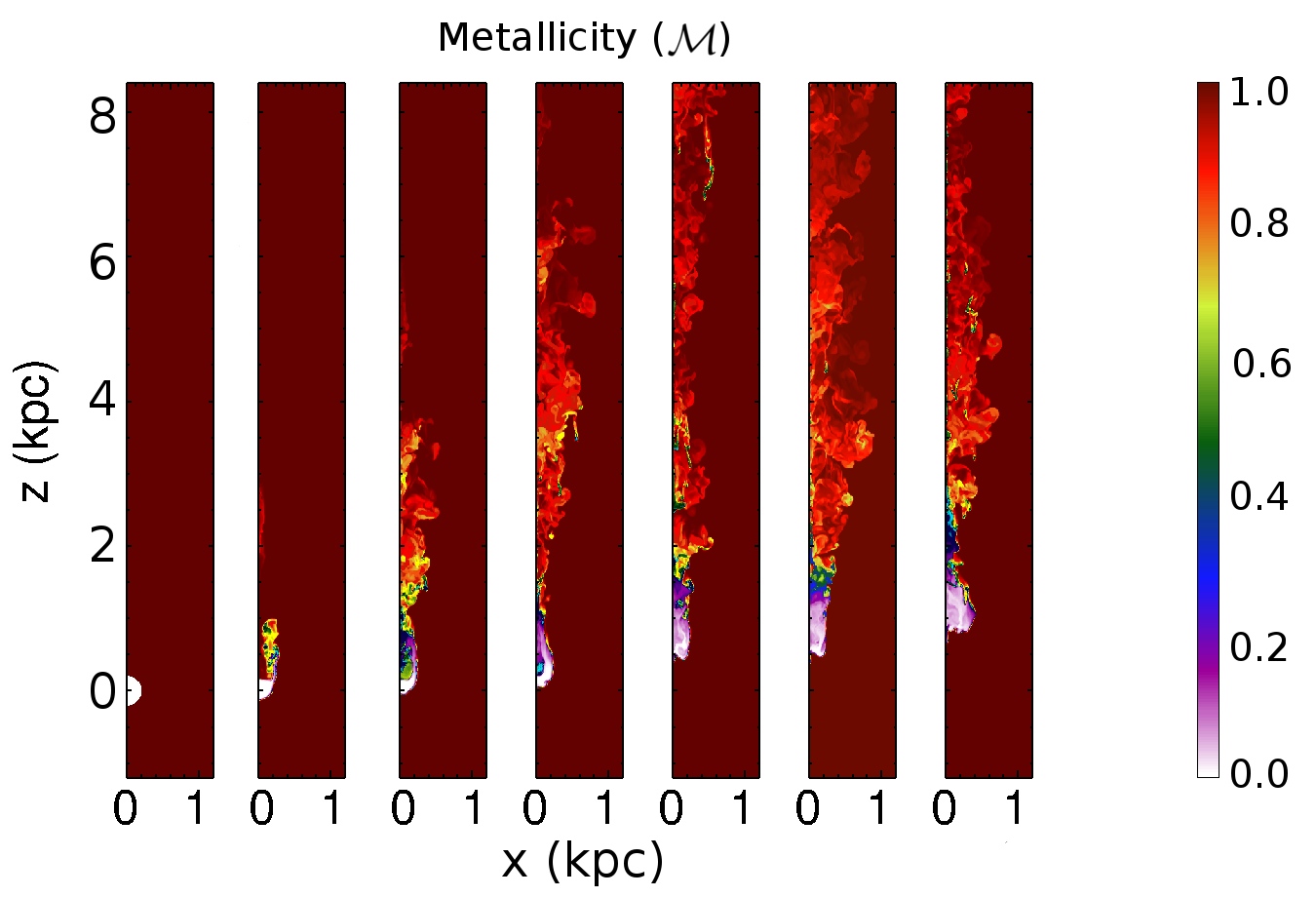 High Velocity Clouds (HVCs) are massive collections of gas in the Galactic halo with masses on the order of millions of times that of our sun that move at speeds at or above 90 km s^-1 from our point of view. We simulate these clouds as that travel through the halo in three dimensions. As a cloud moves through the ambient gas containing metals (anything heavier than helium) we see how a HVC mixes with the gas in our Galaxy. These clouds are important to understanding the evolution of galaxies and in determining mechanisms that feed the Galaxy with fresh material to be used in star formation. Each image is from a single 2 dimensional cut, along the y=0 plane. The cloud is shown at a series of ages (0, 20, 40, 60, 80, 100, and 120 Myrs) from left to right, thus revealing the evolution of the system over time. The colors of the image indicate the amount of galactic gas mixed in (as traced by metal atoms). This quantity is commonly referred to as metallicity. We begin with a cloud that is nearly pure hydrogen and helium moving through gas around the Galaxy at a speed of 150 km s^-1. As the two gases interact they begin mixing. This results in a cloud with higher metallicity than it began with. Applying this concept to real HVCs can give us clues to their origins. Figure by Jeffrey Gritton